Last season I noticed our swamp cooler had a small drip out of the overflow release at the bottom of the unit. When it was fired up this season I put a bucket under it to catch the water for reuse. It turned out to be 3 gallons a week were leaking out. By the looks of the valve it was the original one. 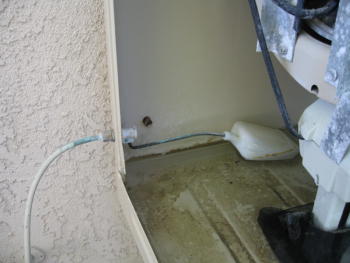 Start by shutting off the water valve to the swamp cooler. I planned on replacing pads and running some vinegar to clean up the mineral deposits so I drained it as well.

The replacement valve purchased was a mid priced, less than $8, brass one from Home Depot. 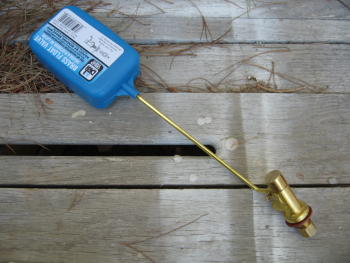 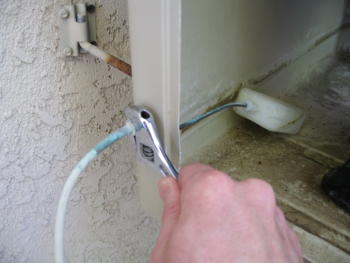 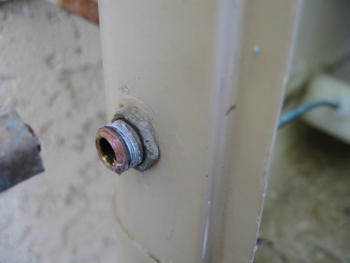 Use the wrench to remove the nut holding the old valve in place. 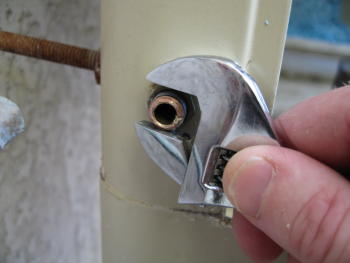 Take apart the new valve. Make sure it has the nut to hold the valve in place, a compression fitting and nut that goes on the water line. 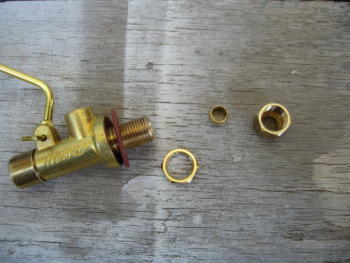 When positioning the new float the gasket goes on the inside of the swamp cooler. After hand tightening the nut in place make sure the float will be perpendicular to the water level. 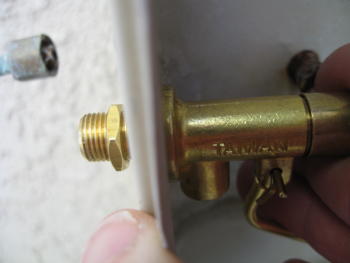 There’s a right way to cut the copper pipe and then there is the way I did it. The easy way would be to have the forsight to purchase a pipe cutter for less than $8. What I did was a work around let’s say. A pair of wire cutters was positioned on the copper pipe and rocked back and forth to score it. After there was a sufficient groove in the copper pipe a hacksaw was used to cut the pipe. This was all in attempt to keep the copper tube in its shape. 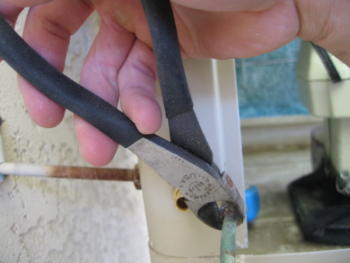 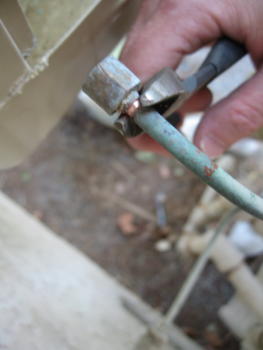 When connecting the water line to the new float valve put the nut on first then the compression fitting so the order looks like the picture below. 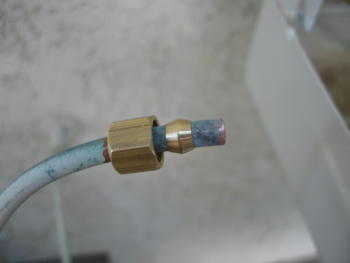 The water line connection should be fairly tight. It may be necessary to hold the interior part of the float valve in place while tightening.

Turn on the water to the swamp cooler again. Do a visual inspection of the connection between the float valve and water line. If there is no water starting to form, I will usually touch around the connection to double check for slight water build up. If water is detected, tighten the compression fitting a little more.

NOTE: I’ve been known to cheat on water line hook-ups by using some teflon tape on the threads of the water line nut. 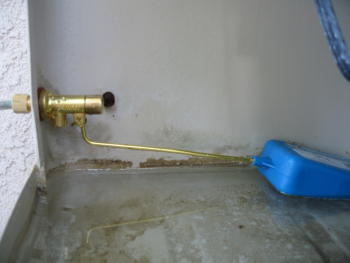