The day has finally come and gone for the installation of the 2 new Rheem HVAC units. Before I get into pictures and such I just want to say how professional Dennis and the crew from TempRite were. The Rheem RRPL units blow 250 CFM more than the last ones I had. This is the first time the house feels comfortable.

Enough said, on with the pictures.

The TempRite guys arrived about 45 minutes before the crane did. They got busy with prepping the old HVAC units which included disconnecting the old electrical and gas lines. You can see in the picture below the duct adapters and new HVAC stands. 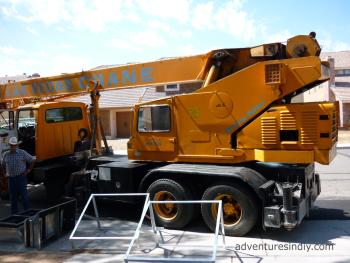 You could tell the crane operator was a character from the "Grocery Getter" and "Back Off City Boy" scrawled on his rig. 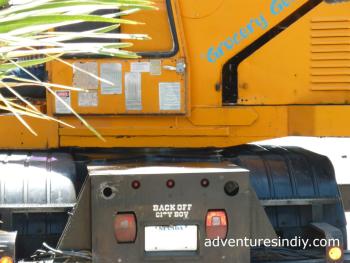 Back Off City Boy

Things got rolling, and they removed the old HVAC units from the back side of the house. 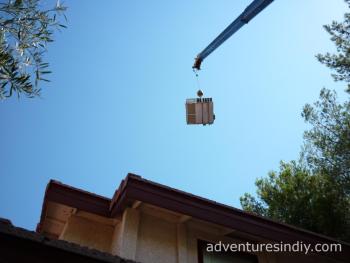 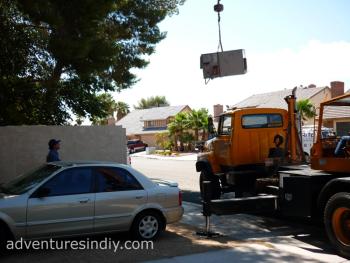 When they were removing the old units a flat bed truck rolled up with the two new Rheem RRPL units. They were hooked to the crane and lifted over the house on to the other side. 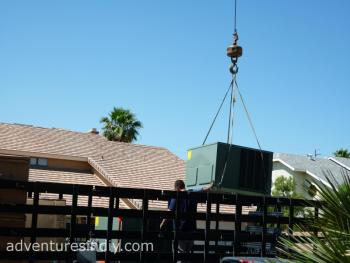 Starting To Crane The New Rheem RRPL Unit In Place 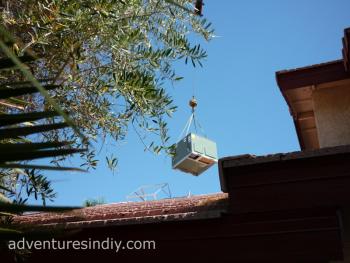 New Unit Being Lifted Over The House

The whole time this was going on the guys were installing the duct adapter and preparing the area for the new unit coming over the house.

One thing that had to be done before positioning the new HVAC unit was switch the venting from down to side intake and output. 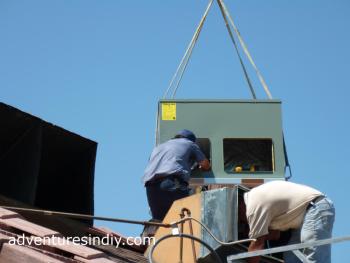 Changing Venting From Down To Side Intake And Output 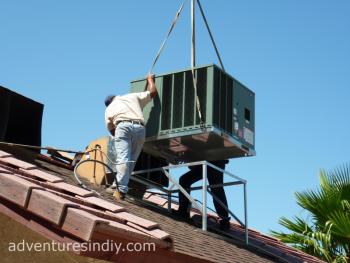 After the first new Rheem unit was in place, they screwed in the duct adapter and used duct sealant on the seams.

The second unit for the downstairs went pretty much like the first one. 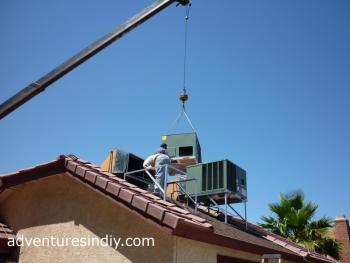 After the new HVAC units were in place, Dave worked on the installation through noon the next day. So it took a day and a half for the whole installation process.