As well as being part of my less than $880 Jeep project, I’d been putting off installing a new muffler for a couple of years now. Here is the run down for the parts cost of this install: 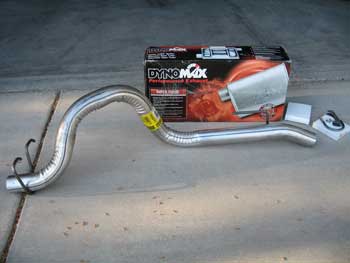 I wanted a little more room so I jacked up the side of the vehicle the tailpipe and muffler were on.

The nuts on the muffler and tailpipe clamp bolts were a little rusted on. A shot of WD40 and waiting for 5 minutes helped unlock the nuts a little. 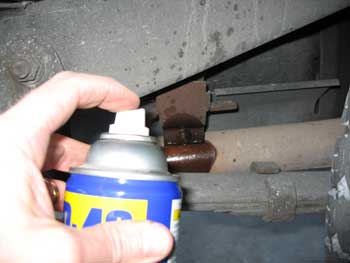 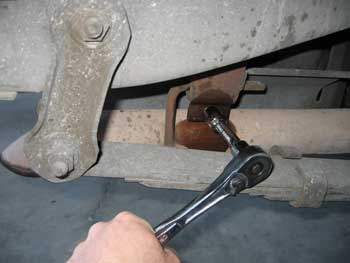 Remove the clamp on the catalytic converter side of the muffler. 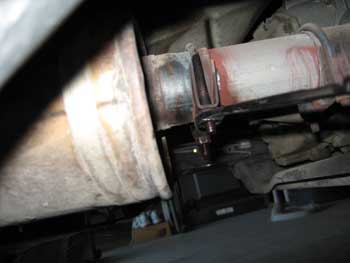 The other end of the tailpipe and muffler were welded together so there were no clamps to remove from there.

The tailpipe support near the muffler took a little more effort. A pair of channel locks allowed me to pinch the support in the middle to maneuver it out of the rubber holding pieces. 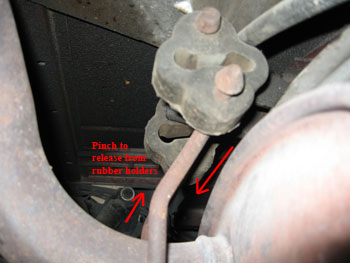 After disconnecting the hangers and clamps, I used a 4″ angle grinder to cut the old tailpipe from the muffler. Sorry no picture. There were too many sparks flying.

In order to more easily get the new tailpipe in place the passenger’s side of the vehicle was lowered and the driver’s side was raised. 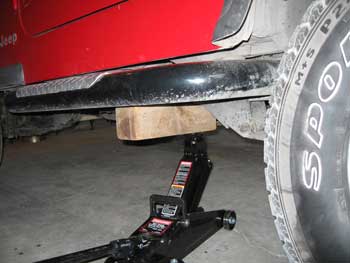 Raising Driver’s Side Of Jeep

The expanded opening allows for plenty of room to maneuver the new tailpipe in place. 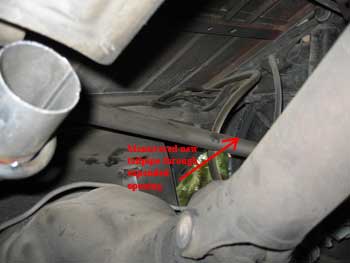 The new was put in place and attached to the hanging supports. 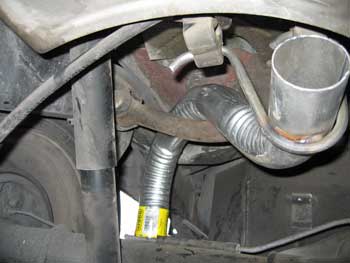 Once the muffler and tailpipe were put in place and positioned the 2 1/4″ clamps were applied. 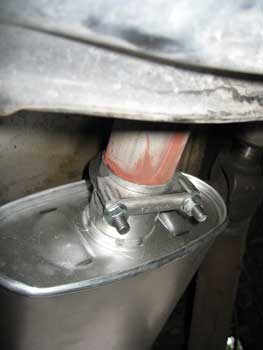 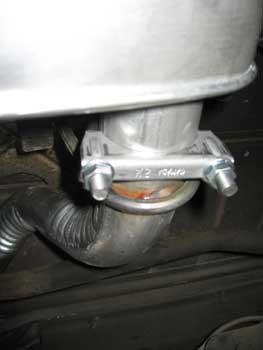 Lastly the tailpipe was attached to the rear hanging bracket. 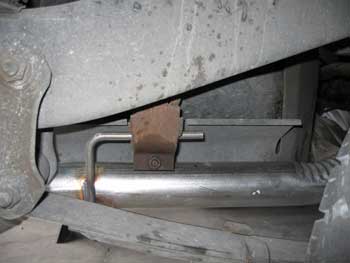