This falls under you might be a redneck if your idea of repairing a seat in your car is a roll of duct tape. I was laughing when doing this “upgrade / fix.” At first I wasn’t going to post this, but we all need a good laugh from time to time.

The seats, particularly the driver’s seat, were ripped. The driver’s seat was also missing a lot of foam. Unfortunately there isn’t enough money in the $880 project budget to purchase new seats. The idea was to patch up the seats and cover them with an inexpensive seat cover. Here’s the cost breakdown:

First thing to do was clean the seats with some water to make sure the duct tape had a good surface to adhere to. 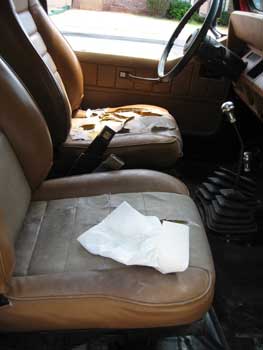 The first layer of tape was used to reinforce the area of the seat that got the most wear. 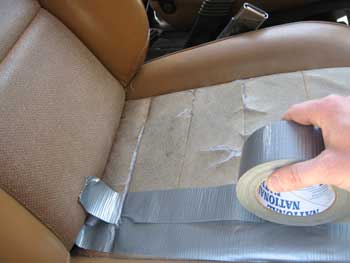 Layer Used To Reinforce The Seat 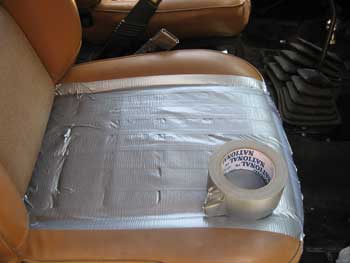 The second layer on the seat was applied 90 degrees to the first making sure to overlap on to the sides of the seat. 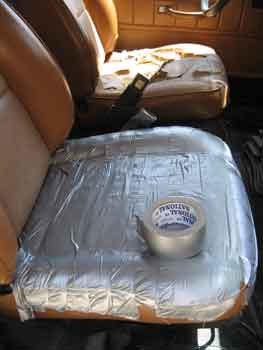 The real redneckidness comes when I had to fill in the missing foam from the driver’s seat. Only thing handy, and free, was an old towel. This was cut into varying sized strips and inserted where foam used to be. The duct tape was enough to hold it in place. 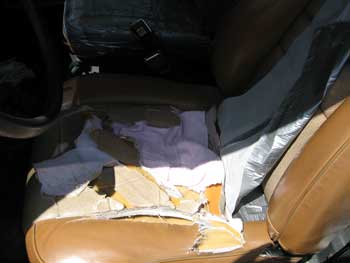 Lastly, a new set of cheap seat covers were installed. I can’t have my pants potentially sticking to the duct tape. 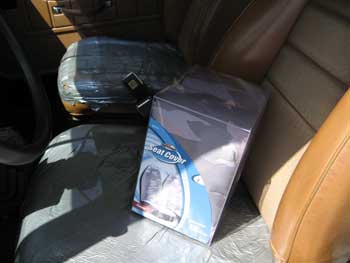 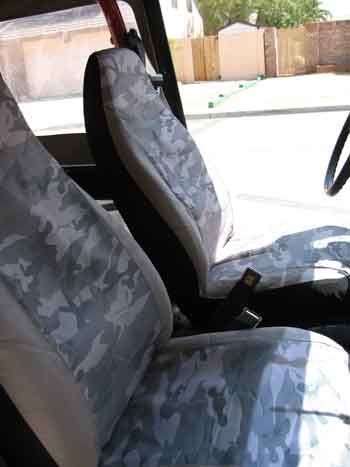 Hope everyone else had a good laugh ; )

4 thoughts on “Seat Repair On A Jeep Wrangler YJ”