I won this hammer on Ebay.  Only thing is the hammer head had a little rust on it and the handle easily slips out of the hammer head.  I spent a little time over the last two weekends working on making a new hammer handle from a small log of olive wood.

The “new” Japanese plane adjusting hammer is considerably smaller and lighter compared to a regular hammer.  Also, it has flat sides on the head that allows it to slide on the blade to set the chip breaker. 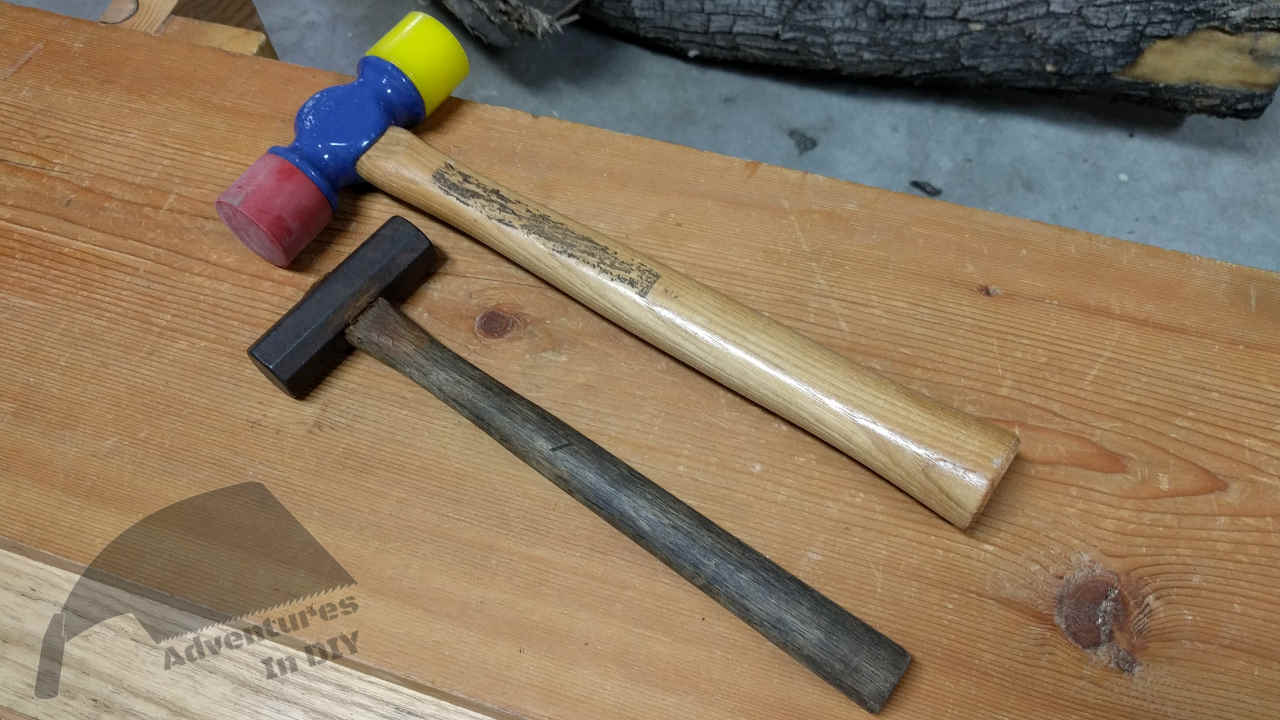 There’s a joke with other Makers in Las Vegas that I’m always doing things the hard way…..  Why do something different now with this handle.  To start out I used a anahiki nokogiri saw and small Japanese sawhorses to split the small olive log.  (The links are to videos on those two items I put out.) 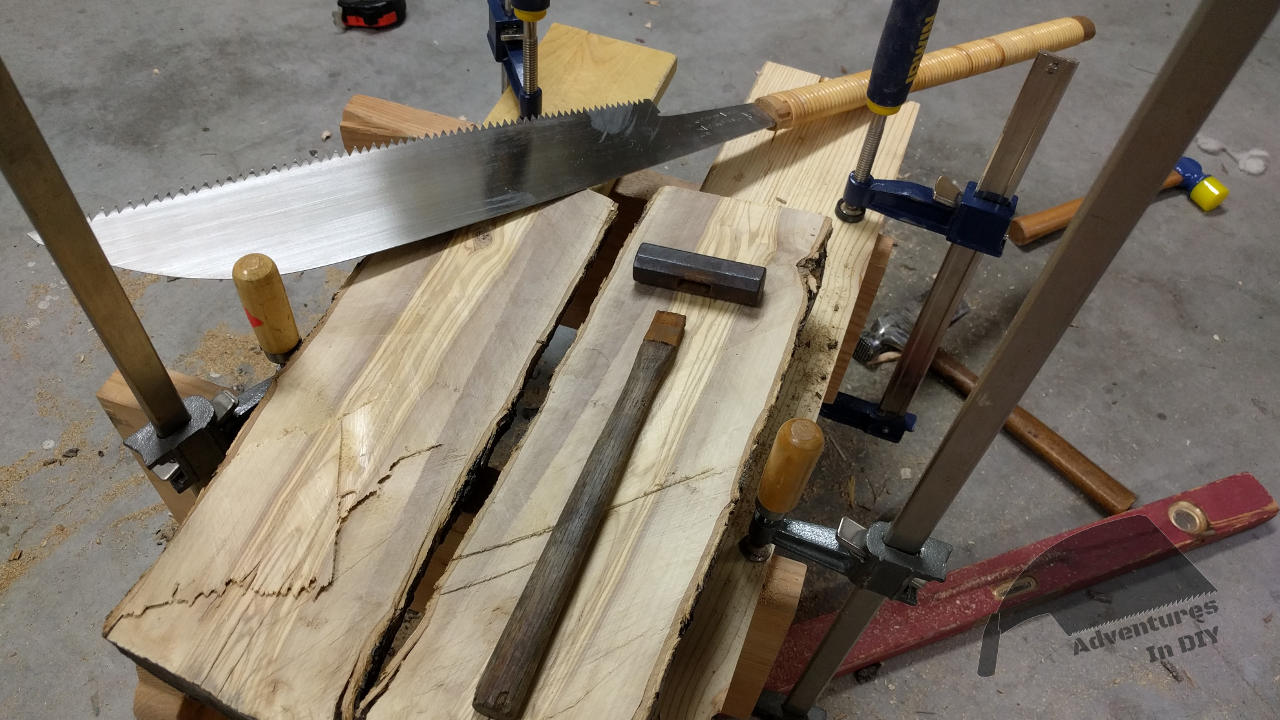 The original handle is oak, but I went with olive because I don’t see this hammer taking a lot of abuse.  After a little more rough cutting I squared up the blank.  The shavings kind of look like ribbons of candy coming off that olive. 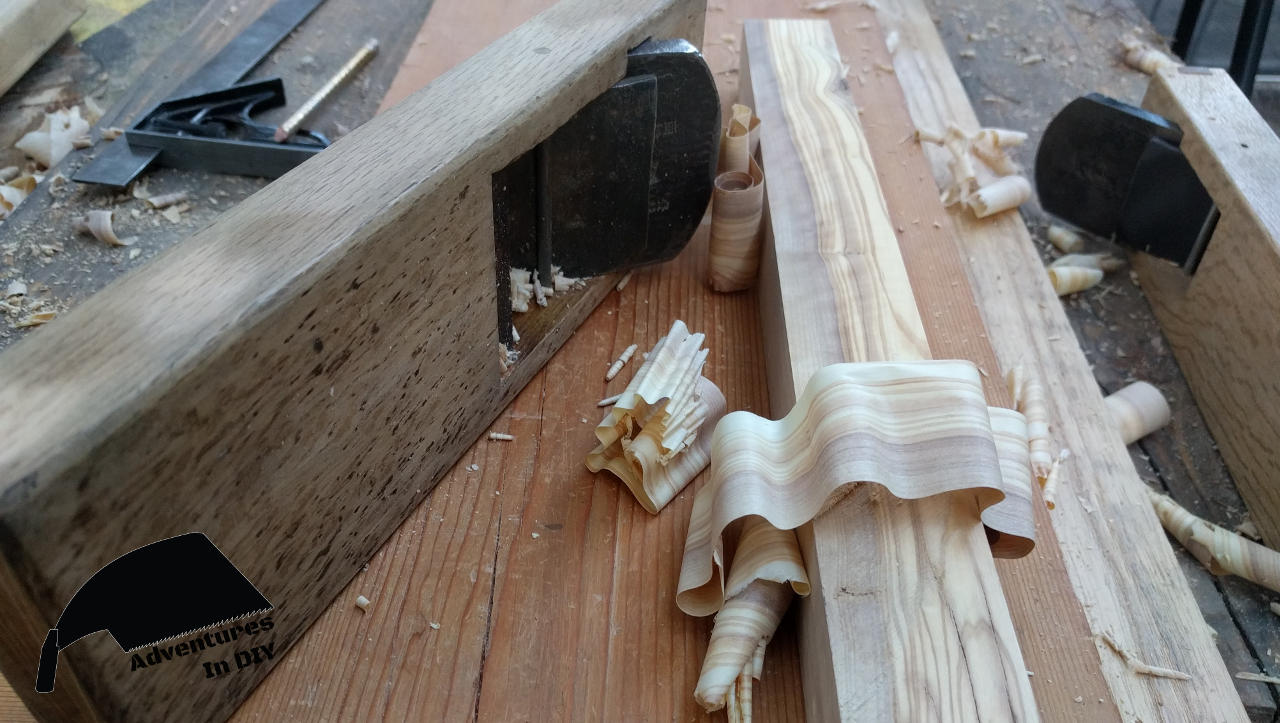 Using Japanese Planes To Square Up A Blank 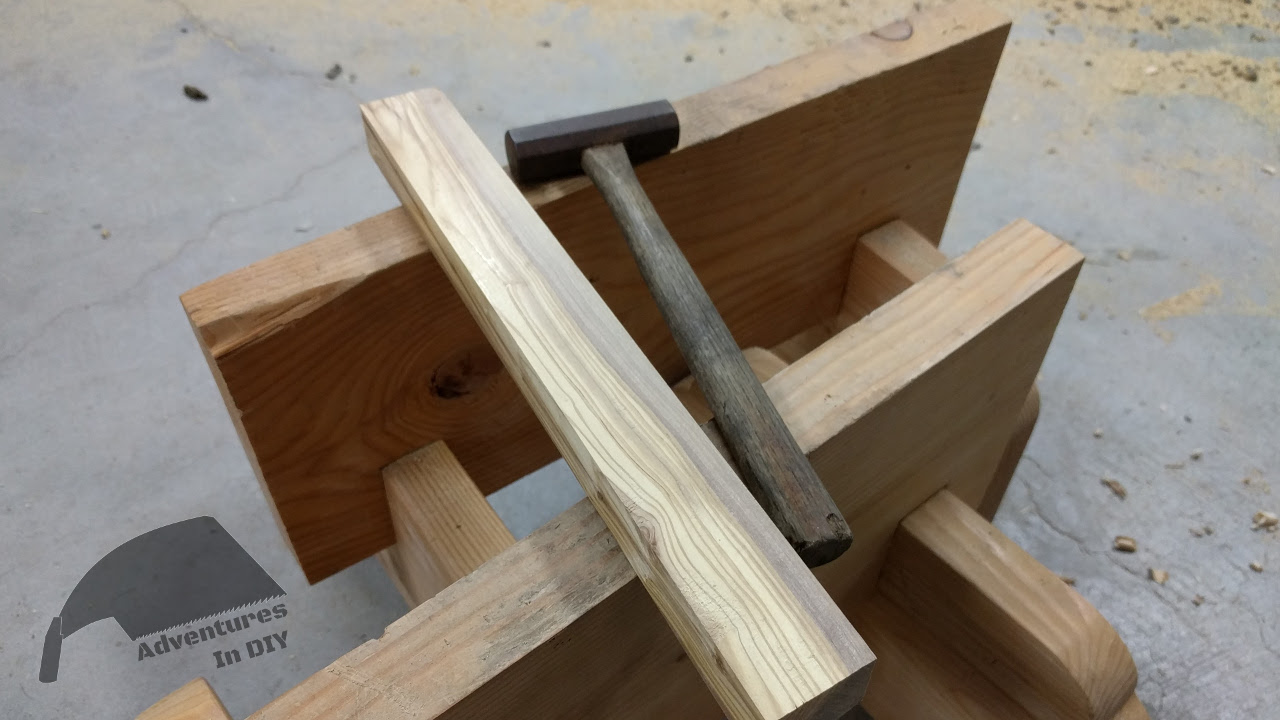 Olive Wood Blank Ready Size Down To The Handle Dimensions

Once I got a squared up blank I was able to look at the grain and any defects in the wood I wanted to avoid.  Even then I left a good amount of material to account for messing up a little and being able to fix it. 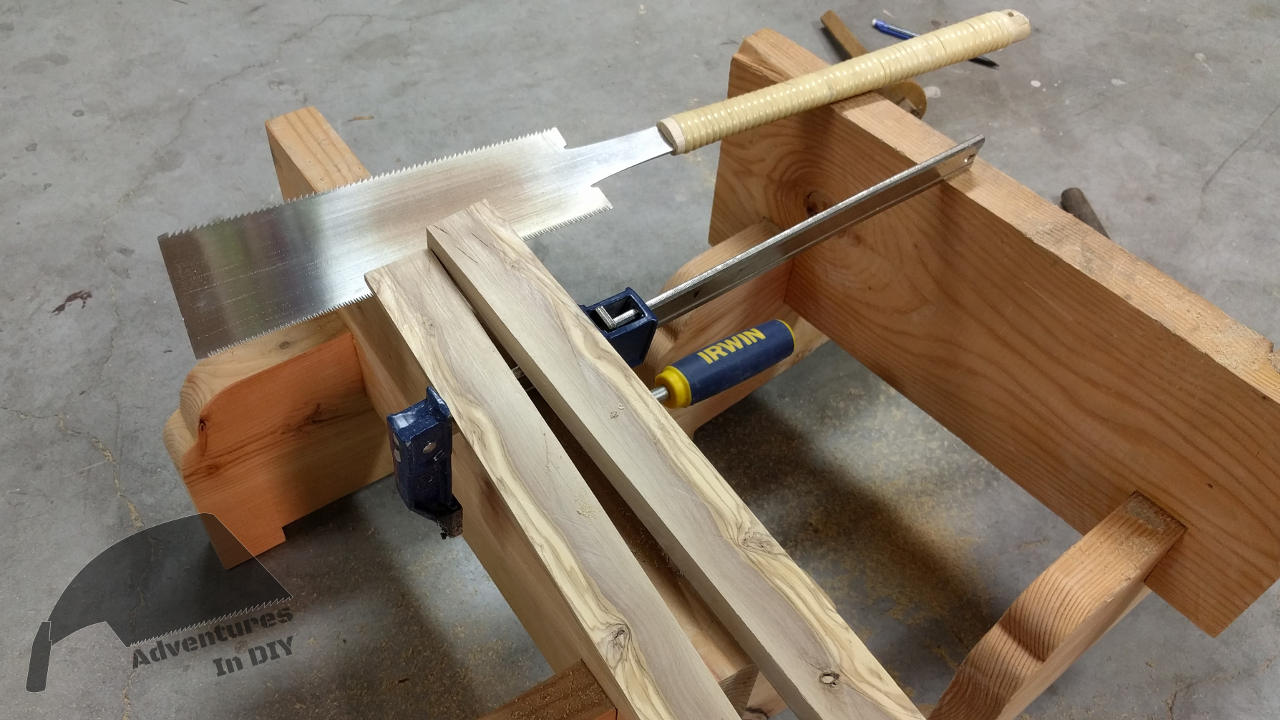 I started by marking off the area where the Japanese hammer head will sit on the handle.  I figured no matter how hard I tried, the hammer head wouldn’t go on 100% square so I figure I’d do that part first and then square up the handle once the head was set.  The angle of the picture makes the lines below look like they’re not evenly spaced. 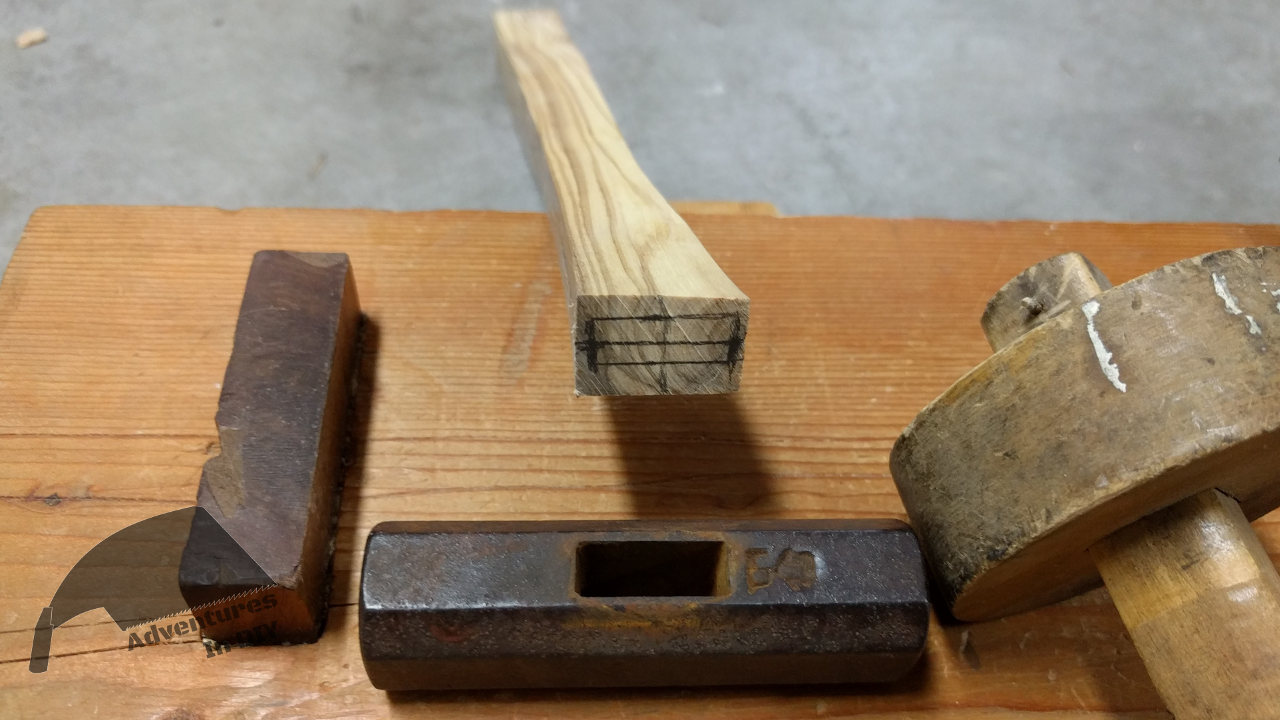 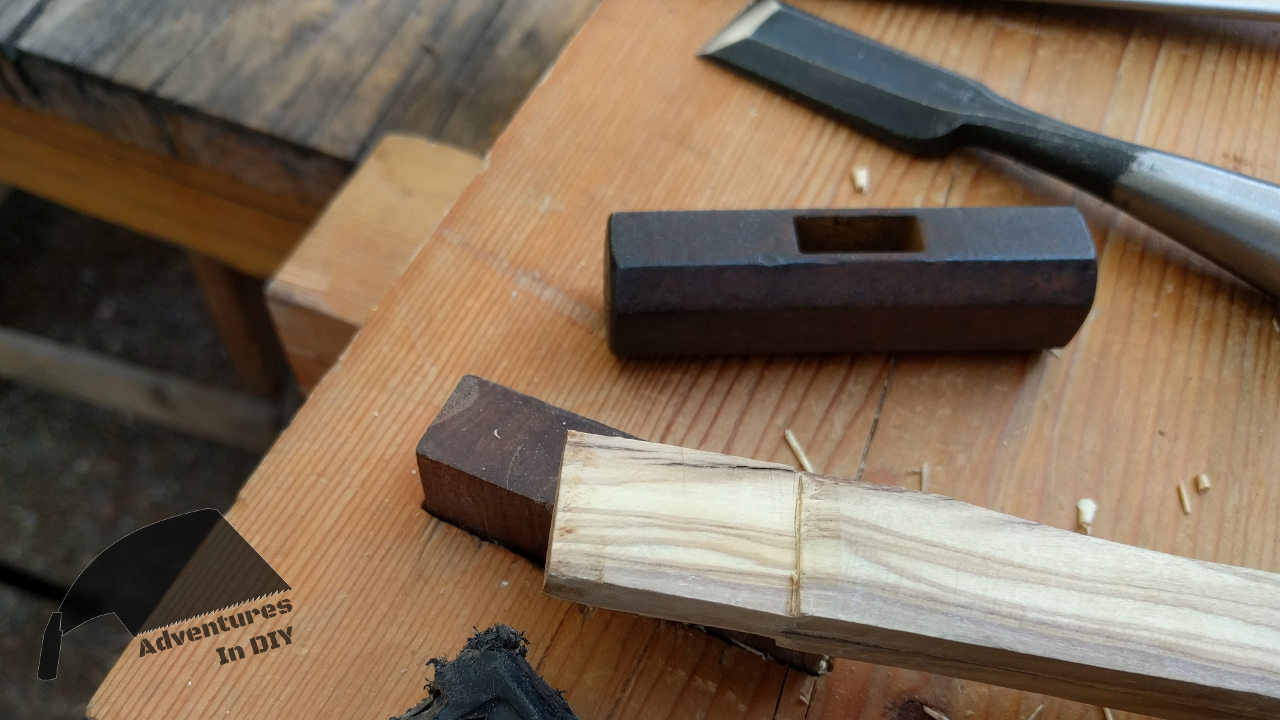 Cutting Away To Set The Hammer Head In Place

It was a  really slow process to pair and file away the wood so the hammer head was tight.  I started to shape the handle, and maginashun on Instagram had a brilliant idea of keeping the handle square looking to match the angular style of the hammer head. 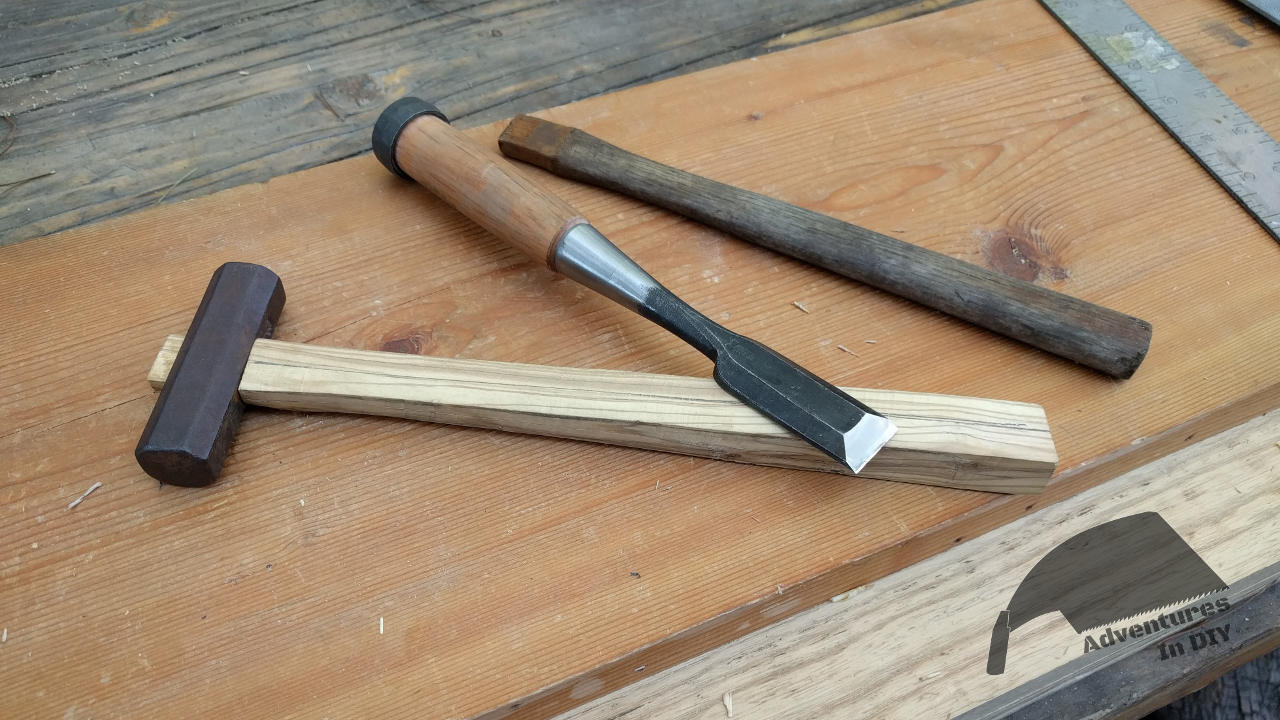 Despite my best efforts I still had to epoxy a small knot on the base of the handle to make sure that area was stabilized. 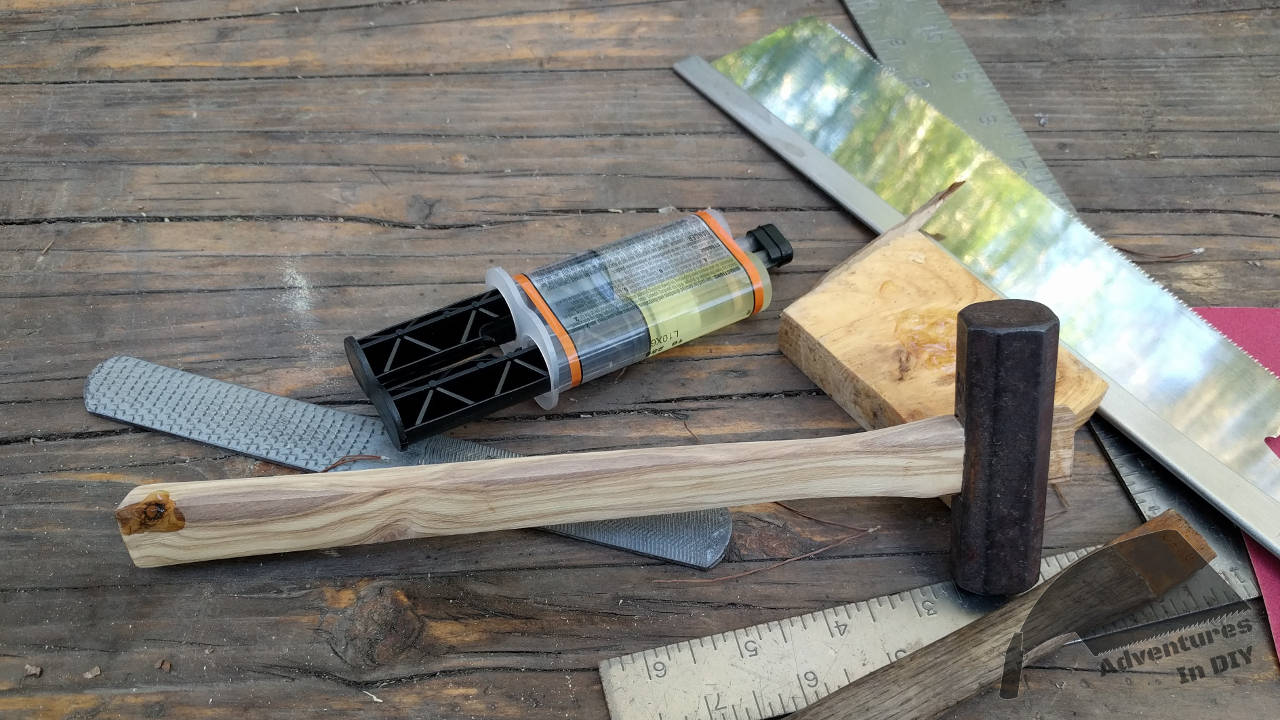 After the epoxy sets I’ll do some sanding and move on to the hammer head.  If you found this interesting please think about signing up for our email list and get content sent straight to your email when it gets released. Also, we are on the social media sites above and YouTube.